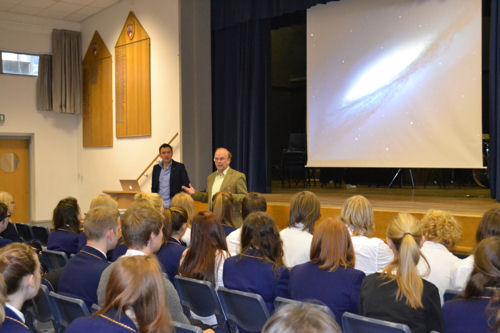 Ard Louis is a Royal Society University Research Fellow and a Reader in Theoretical Physics at the University of Oxford, where he leads an interdisciplinary research group studying problems on the border between chemistry, physics and biology.

Prior to Oxford he taught Theoretical Chemistry at Cambridge University where he was also director of studies in Natural Sciences at Hughes Hall. He was born in the Netherlands, raised in Gabon, Central Africa, did his undergraduate studies at the University of Utrecht, Netherlands and received his Ph.D. in theoretical physics from Cornell University, U.S.A.

Dr Louis is the International Secretary for Christians in Science and an associate of the Faraday Institute for Science and Religion based at St. Edmunds College, University of Cambridge, and served on the Advisory board of the John Templeton Foundation.