The John Templeton Foundation’s aim is to encourage informed dialogue in an open way on the big questions of human purpose and ultimate reality, between scientists and non-scientists, between all denominations and faiths and those of no faith.

The annual Templeton Prize is widely regarded as the “Nobel Prize” for Religion.  It is worth £1.1 million and was established to honour a living person who has made exceptional contributions to affirming life’s spiritual dimension, through insight discovery or practical works.  Previous winners include  Mother Theresa (1973), the Dalai Lama (2012) and Desmond Tutu (2013). 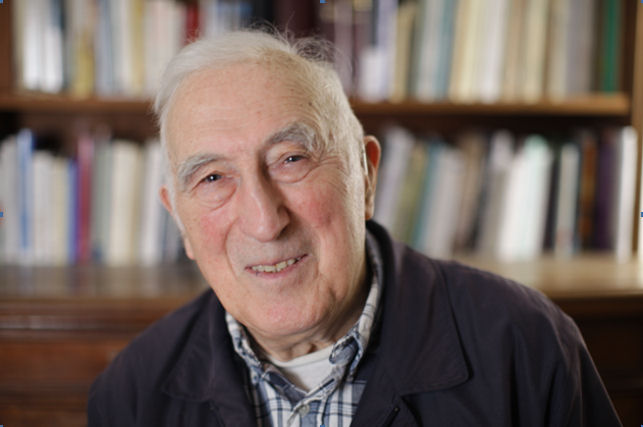 The Lecture will be given partly by John Swinton and partly using skype by Jean Vanier.  John Swinton proposed Vanier for the prize; he is an ordained Church of Scotland Minister, a registered mental nurse and Professor of Practical Theology and Pastoral Care at Aberdeen University, who set up the Centre for Spirituality, Health and Disability.

L’Arche began quietly in northern France in 1964, when Vanier (now 86) had been shocked to discover a world of intellectually disabled people who were oppressed. He invited two such men to come and live with him as friends and saw them transformed as they realized they are precious.  L’Arche has grown into 147 residential communities operating in 35 countries, and more than 1,500 Faith and Light support groups in 82 countries that similarly urge solidarity among people with and without disabilities.

At L’Arche he found that people with disabilities are beautiful, not people of the head but of the heart. He realized the importance of meeting people, not just saying “Hi” but listening tenderly and looking with kindness because they are human beings.  He found that every person is precious and that each of us has a mission to reveal this. Also, those who are the weakest transform those who come to help in surprising ways.

After living for 50 years with deeply vulnerable people Vanier has an understanding of weakness and common humanity. He has written more than 30 books that have been translated into 29 languages. They contain jewels that speak to a world dominated by success, violence and individuality.  He suggests that “To become fully human is to let down the barriers, to open up and discover that every person is beautiful,” and “To love is not to do, but to say that you are important as you are”.  Making a plea for global peace, he said  “Regardless of race, religion or statue, we are all human beings with hearts capable of loving.”